Skywriting Australia is a family based business commenced in the 1980’s by Rob and Liz Vance.

Rob who started flying in 66 was always interested in Aerial Advertising and Sky-writing in particular. Today the family is involved with Liz and Ruth working in promotions and office work, and Jonathan working interstate in Logistics and sales.

At Skywriting Australia we have taken Sky-writing to the next level, with better Aircraft, equipment, and improved communications all round. These days you can even change the message as it is happening. Or coordinate with the words of a conference speaker : as we did once when he pointed to the sky and said “IMAGINE……..” his key word then appearing simultaneously and magically above.

Skywriting Australia caters for mainly business advertising, however we also are available for private messages and have sky-written many marrage proposals, also sky-written for birthdays, funerals, and weddings etc. Skywriting can also be used for finding people. (eg. Jonny come home.)

From the Sky-writers point of view

The Skywriter is concentrating hard and his mind is already on letters 3 or 4 ahead as he prepares to make maneuvers to start and finish certain characters. The Sky-writer is working from his perspective on huge letters that are back the front and upside down, and written from right to left , instead of from left to right.

This is all being done while allowing for drift, turbulence ,wind direction, angle of the sun, and possible cloud which may be moving in or forming below the aircraft. The Sky-writer is in constant communications with air traffic control and may also be on the phone to the clients on the ground during the job.

The unique appeal of Skywriting is that in GIANT letters your message becomes an attraction to the outdoor scene, it is alive and dynamic.

The GIANT letters stand 500 meters tall and at an altitude of 5 kilometers above earth  on a clear day have enormous coverage per ad – readable for a 30km radius. See the size comparison between the letter A and the Sydney Harbour Bridge.

A single ad placed over a large city may be seen simultaneously by MILLIONS. Skywriting is by far the most effective of all outdoor media and has the greatest impact.

Readable distance of Skywriting
placed in centre of Sydney 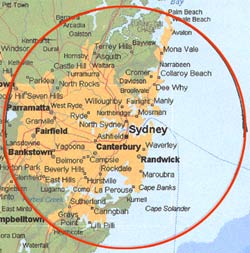 Readable distance of Skywriting
placed in centre of Melbourne 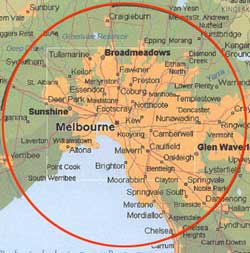 Readable distance of Skywriting
placed in centre of Brisbane 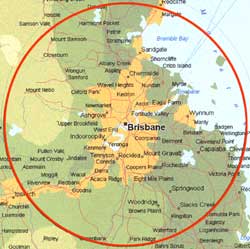 John Clifford Savage ‘invented’ skywriting in England in 1923. Major Savage, as he was known, was an engineer and took out six separate world wide patents on skywriting techniques, equipment and variations between 1923 and 1924.

He gathered together a band of ex-wartime pilots and some SE5as and taught them his specialized techniques for using the sky as a blackboard for Skywriting. His scheme was aimed almost entirely at the advertising business though he personally continued experimentation on Skywriting and from May 1924 he began to add tinted coloured vapour to the standard white already being used in Skywriting.

Major Savage’s ideas originated from the use of aircraft laying low level battlefield smoke screens during World War One. In 1927 Major Savage arrived in Australia with Two aircraft and a full compliment of personell. He was successful, but no local pilot took up his patent rights and he moved onto the USA where he found a natural market with its more urban greater population perfect for Skywriting.

Of interest, the fact that I have spoken to some of our senior citizens who remember Savage in Melbourne nearly sixty years ago, and they remember some of his ads: LUX SOAP, SHELL, MINTIES, READ THE SUN from the earliest Skywriting Advertising campaign.

Fred Hoinville revived skywriting in Australia in 1952 following expiry of Savage’s patents. Fred was a Sydney man who alternated between bases in Sydney and Melbourne then Brisbane. By 1957, TV was all the rage as an advertising medium but Fred was still doing well, until unfortunately being killed in a power glider accident in 1959.